What It’s Like To Be A IT Technician Apprentice

What It’s Like To Be A IT Technician Apprentice 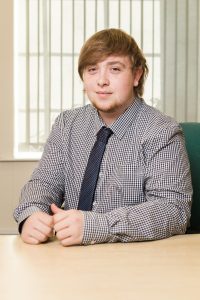 My name is Callum and I joined LaneSystems in September 2016 as a IT Technician Apprentice. I joined straight out of Sixth form after completing A Levels in IT, Media and business. I joined as nothing seemed interesting or exciting at university. I was hoping for a career in IT since I started sixth form so It appeared to be a perfect opportunity. I’m currently working towards my first Microsoft qualification in the form of a MTA and hope to expand my qualifications from there as part of the LaneSystems team.

When calling the support line. Although a lot of the jobs I undertake are 1st level support, its jobs that I don’t mind undertaking as it allows me to expand my knowledge. More importantly it frees up 2nd and 3rd line technicians to look into more serious issues, which I am I progressing to. In the short time, I’ve been here I have broadened my IT knowledge significantly more than I initially thought I was capable of.

When I first joined LaneSystems I was not the most confident with face to face interactions or talking over the phone. Since joining I have become more upbeat and self-assured when speaking to people whether it’s over the phone or when I’m on site visiting to fix an issue.