LaneSystems are an IT Support company offering a full and comprehensive service across the North East. Having been in operation for 25 years we have experienced first hand just exactly how technology has advanced, bringing us right here, to 2019. We decided to take a trip to the past and the future. Read on…. 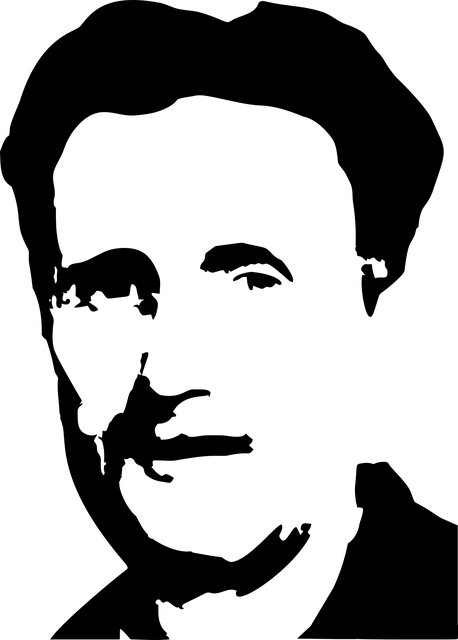 Providing some intrigue, today’s article investigates technology predictions of years gone by and those of the future. To think of technology we now have, back in the 1940s seemed out of touch with reality. In comparison, when we anticipate future prospects, these appear to be acceptable. With the start of the Digital Revolution in 1975, surely such an advance in technology could never have been predicted in the mid 1900s. Or could it?

English novelist, George Orwell was born in the early 20th century. In 1949, his book Nineteen Eighty-Four was published. This famous piece of literature challenged a dystopian future of human societies, governments, mass surveillance and intelligent technological advancements. It is suggested that much of Orwell’s story line translates to how we now understand, the modern world to operate. 1984 carved the term ‘Orwellian’ which has been incorporated into the English language. This label describes a situation, idea or societal condition as identified by the author as destructive to the welfare of a free, open society.

It’s almost ironic that such terminology once played a part within a now, fundamental piece of fiction. As one of the most discussed interpretations, George Orwell portrayed a life of continuous surveillance. This included being watched whilst shopping, at home, at work, on the road; basically everywhere and anywhere. Intelligence was captured through microphones, hidden cameras and of course agents working for ‘Big Brother’. As such, we don’t really need to expand on how this has translated to modern times. That said, here’s a brief list:

In his book, George Orwell said ‘By a routine that was not even secret, all letters were opened in transit’. This meant communication between people was intercepted. Let’s push forward 35 years and look at the likes of social media, emails and message boards. Our lives and communications are on show and for all to see.

A New World of Media

In a nutshell, Orwell suggested that media would no longer have the ability to be easily erased. When the media was specific to just print, should anything need to be trashed, this would involve physical destruction. Similarly for television, a person, if required would have to destroy tapes and show reels physically in order to remove all traces. Living in an online world means there is forever a trace; somewhere.

Speakwrite (now this is a strange one)

Orwell discusses a microphone and mouthpiece suggesting every spoken word is then transcripted, logged and kept. Today, we all have direct access to speech-to-text software and virtual assistants. This technology makes extremely busy lives a lot easier.

Orwell created a ‘song composing machine’ requiring no human intervention. The versifactor represents a great example of how technology such as this being created in 2019 would appear impossible to those reading Orwell’s novel, back in 1949. Today we have apps, perfectly capable of churning out music and pre-fed voices, a notion contemplated, anticipated and accepted as ‘the next logical step’, by most.

The above highlights just a small portion of the forecasts stated in 1984. As we know, these predictions translate to life as we currently know it. When published, Orwell’s story was perceived by many, as just that; a story. People didn’t think that one day we would be able to chat to a person in any part of the world via a screen or by using email. Notions like this were deemed as positively ludicrous. Looking at technology in 2030 however, suggestions are wholly believable and this is down to the Digital Revolution.

Technology Predictions of the Future

Virtual reality headsets are currently used to entertain consumers. As technology advances it makes sense to replace monitors with something like these. Bulky and potentially isolating however makes them not necessarily the best solution. By 2030, the chances are, Light Field Displays will play a huge part in our lives. The projection of images directly onto the retina will make ‘surfing’ a far easier process. Such next-gen ‘displays’ are likely to reinvent the consumer electronics industry.

This advancement possibly contains a bleak side. CRISPR stands for Continuous Regularly Interspersed Short Palindromic. Translated, this simply means genes can be reliably edited. By 2030 it is suggested family pets will have the ability to be genetically engineered. If, for example, you’d like a tiger the size of a house cat, it will be no problem. Application of this process on humans however could potentially produce harmful results, especially if technology is band by regulatory bodies.Taken underground, the potential for criminality becomes tremendous.

A vehicle with the ability to transform from a roadster to an aircraft in minutes! This machine is set to ‘take off’ commercially and be rather popular by the year 2020 (that’s an entire decade ahead of 2030)! Again, such a notion back in 1949 would have been deemed as preposterous. Today, we can get our heads around the technology, deeming it as the next logical step, purely from scanning a quick article.

We have already seen a huge emergence of robotics with many repetitive tasks being delegated this way. As we are moving further into a highly advanced Industrial Revolution, more and more tasks and processes have the ability for automation. Eventually, technology will deem robots fit for purpose in the execution of many tasks across the board, thus making the human redundant.

Where will we go from here….?